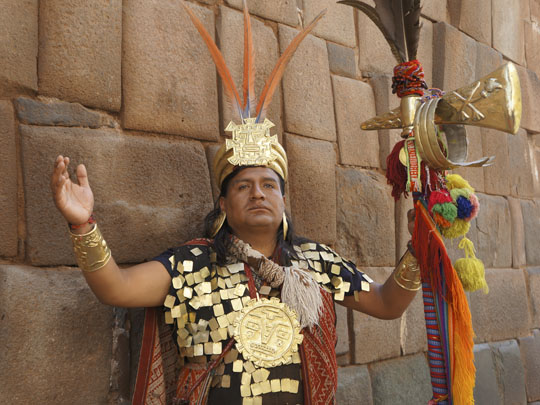 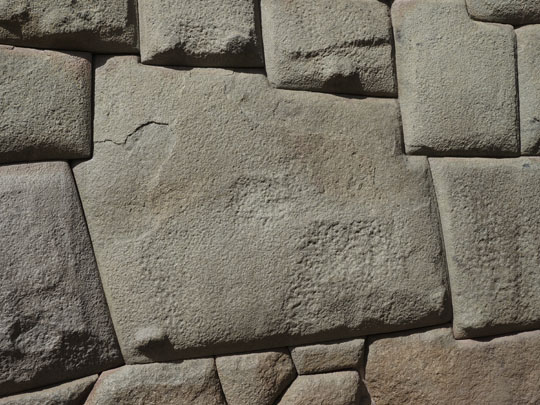 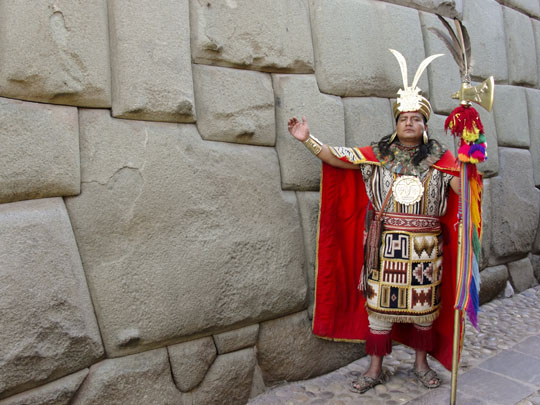 Cusco is a city rich in historic and cultural monuments but you don’t often hear talk of the Cusco cultural icon ‘Incaman’ (as we like to call him,) who operates near the ‘Inca Roca’ palace and the famous twelve angle stone on the pedestrian Hatun Rumiyoc street.

Incaman or Uriel Tapama Mamani studied theatre in Cusco. Back in 2003 while out walking one night, he surprised a group of young men writing graffiti on the stones of the palace. Uriel himself a descendant of the Incas regarded these stones as sacred so decided from that moment on to start protecting them and to make sure no one else did the stones any damage. Later, he had the idea of dressing up in typical Incan costume, made by himself to earn a bit of money while keeping an eye on the street.

Today, Uriel is a Cusco legend and is officially recognized as part of Cusco’s cultural heritage. His skills as Incaman have earned him roles in films, traditional festivals, shows, documentaries and of course the eponymous annual  Inti Raymi festival. The twelve angled stone is a curiosity of Incan architecture, and its protector a symbol of the richness of that culture.

Click here for more things to see and do in Cusco

The Ultimate Guide to Machu Picchu

Did you know it’s absolutely possible to plan and book your own personalised Machu Picchu trip?
Sign-up to get your FREE two-part Machu Picchu Travel Guide NOW and learn how to create your dream Peru vacation!

We respect your privacy.We will never share your information with any third party . You can unsubscribe at any time.